Book 1 of the Miracle Duet, The Delta North Series Opener

The couple that started it all – Cole & Tabby! Their full story  in two full-length sizzling, heart-breaking, and joyous novels!
‘So many readers asked for Tabby & Cole’s full story – I listened. Thank you, dear readers, for telling me. You were right! Cole and Tabby had a LOT to tell!’ ~Susan 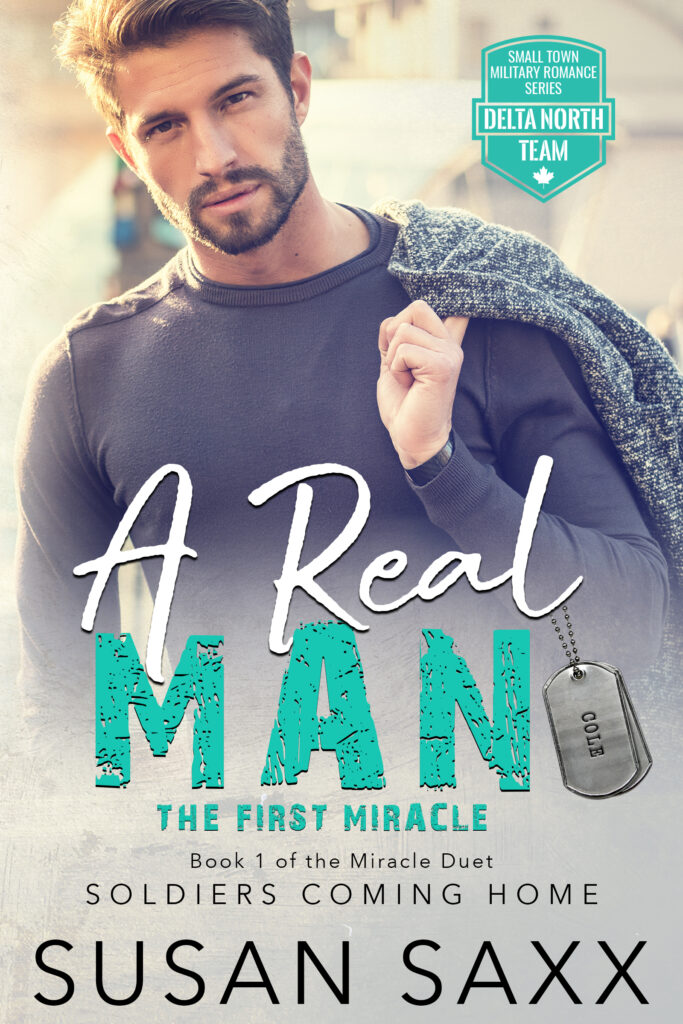 ADD to my GOODREADS!

Cole Dawson, leader of the elite Delta North Team has come back from war to save his family’s B.C. ranch. With a beloved patriarch who’s now critically ill, Cole has never needed the ranch to run as peacefully as he does now. But random and senseless events point to sabotage by an unknown assailant, threatening the survival of their family’s legacy, Dawson Ridges. When the short-term gig of prop cowboy comes up, supplying badly needed cash to the family business, he takes the job. But when he meets the closed off, buttoned-up erotica writer, his defenses collapse. He knows this woman, deep in his heart. And like it or not, he knows…he’ll go to the wall for her.

He’ll be her protector.

Tabby Logan’s world has fallen apart. Involved in a car accident, she now has a horribly scarred face, no job, and no fiance. What she does have, though, is the cowboy erotica she wrote while in rehab, that’s surprisingly caught fire. Determined to never depend on another man, she bristles when her publisher insists she do the tour with a prop cowboy. She accepts, decides she’ll keep him at arm’s length, then toss him roundly after the gig is done. But after a short time with the decent  and honorable cowboy, something in her heart changes. She knows she can never settle down again, with a man. Yet the promise of unyielding devotion and security from the serious and resolute soldier is hard to turn down.

But when a real future beckons, forces that are determined to ruin Dawson Ridges threaten everything they’ve built…